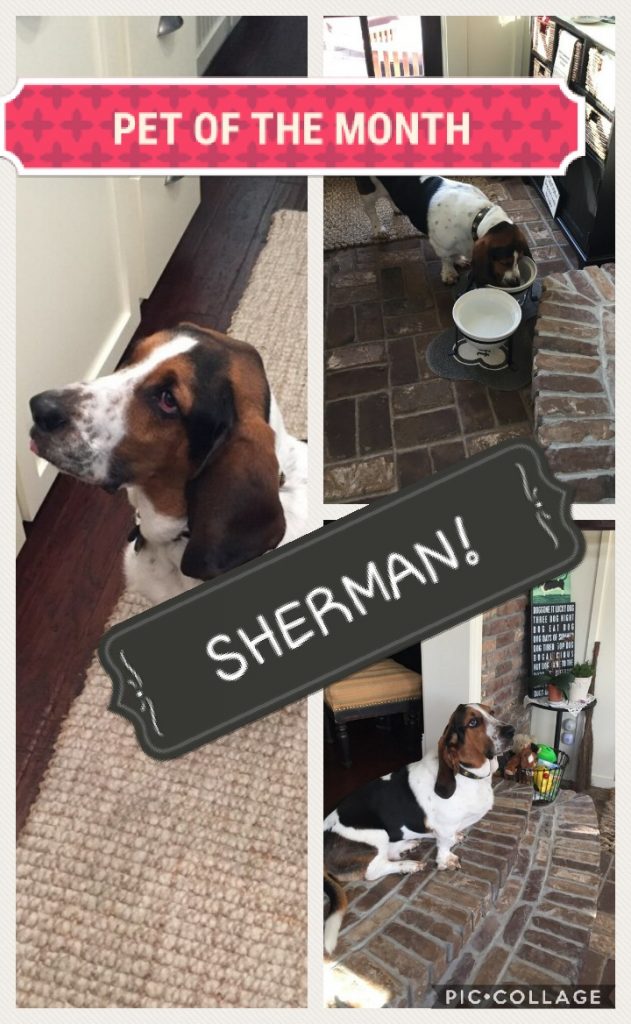 Sherman was born 3/2/14 as part of an 11 dog litter! Sherman’s story begins with my son and his wife who were at a vet clinic getting their own dog checked out when a very pregnant Bassett Hound came into the waiting room. My son remarked that his parents were Bassett Hound lovers. The owners stated that puppies were expected at the beginning of the year.

We got a call that the puppies were ready so we went to visit the 11 baby Bassetts. Wow! What fun it was to see all those puppies! We had always had female dogs but this one male dog really stood out. He was not only beautifully marked but he was the biggest of the litter! When we remarked how big he was we were told that he had been named “Sherman The Tank”. Well we picked Sherman and he came home with us!

Sherman is everything you could want in a dog! He is defiantly all boy, which took some time getting used to. The breed is wonderful with people and Sherman is the greeter when you come to our house! Of course, he can be influenced by a “good biscuit”.

Accessibility by WAH
Call Us Text Us